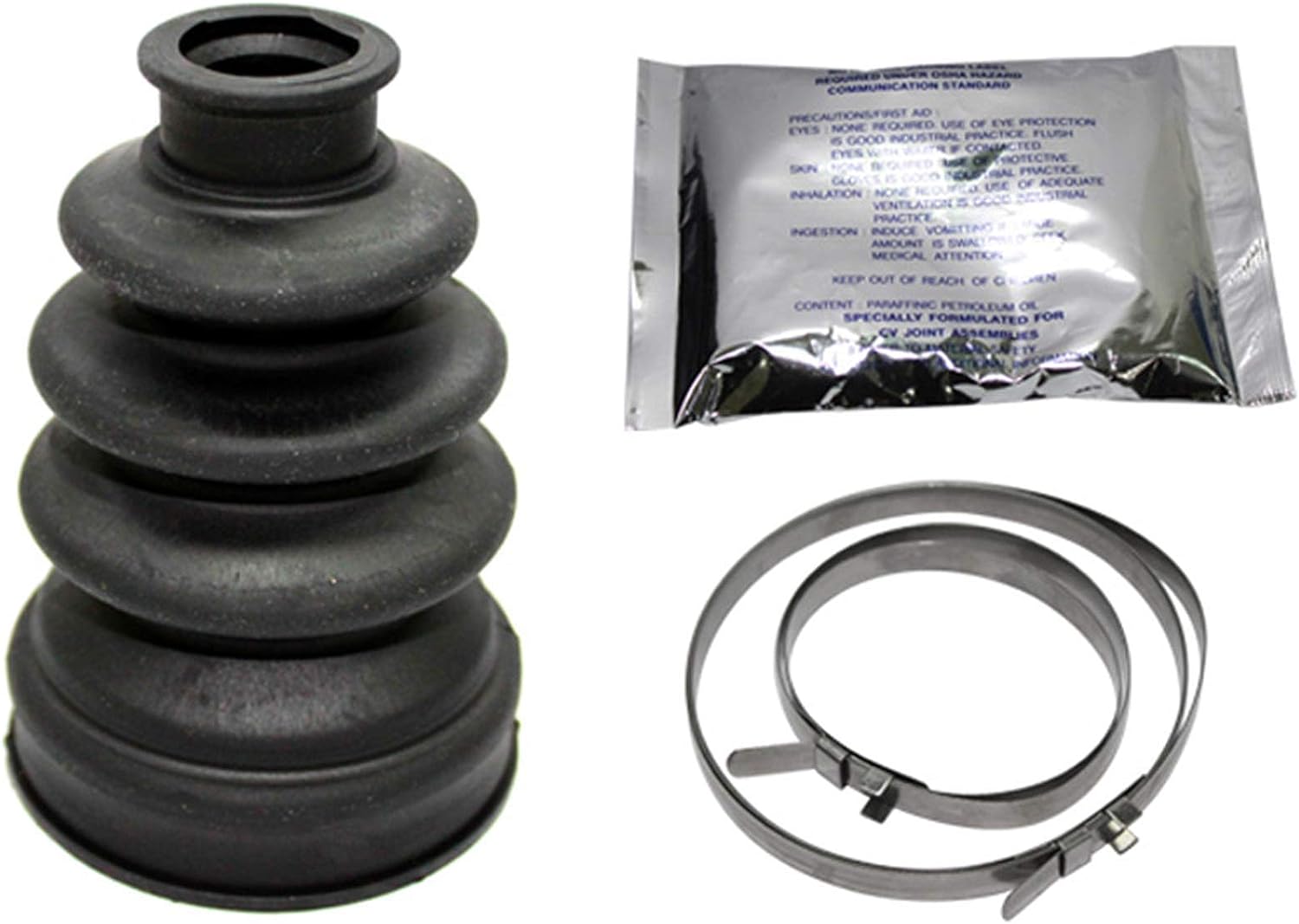 Replace those dangerously worn CV boots before dirt, dust and grime destroy expensive CV jointsEverything you need to complete the jobHeavy duty puncture-resistant bootComes with grease and clampsEach complete assembly fits one side